May is ‘Africa Month’ and the perfect opportunity to delve deeper into the many enchanting experiences that this diverse continent can provide, and perhaps even get started on planning your next visit. Below is a round-up of the seven most notable travel experiences to look forward to.

Explore the Okavango Delta in Botswana

The Okavango Delta is one of the ‘Seven Natural Wonders of Africa’ and is often referred to as ‘the river that never finds the sea’. It is essentially a sprawling marshland that extends over an area of approximately 15,000 square kilometres. Along with its beautiful clear waters, the Okavango Delta is also home to a vast collection of wildlife and birdlife, such as the black rhino, white rhino, blue wildebeest, and the African jacana, to name but a few. Be sure to visit between the months of July and October for a better chance of catching sight of these awe-inspiring creatures. No need to choose just one approach – there are many different ways to explore the marshland, including on foot, via a motorised boat cruise, by mokoro, or on a game drive.

Mount Nyiragongo is known for being one of the most active volcanoes in the world – and a trek up to the top is a must for any and every thrill seeker travelling to Africa. Just make sure that you come prepared as this is a hike reserved for only the toughest and bravest athletes! After all, the volcano reaches heights of 3470 meters and it takes approximately 6 hours to summit. The hike comprises rugged terrain, steep slopes, loose rocks, and the potential for altitude sickness. However, the final reward is certain to be well worth the effort. Once you make it to the top, you’ll be able to gaze down at the bubbling blanket of lava inside this giant natural wonder before settling down for the night inside one of the summit cabins. Remember to pack warm clothing because although you’ll be able to smell the boiling lava close by, the wind that soars past the mountain top is known to chill to the bone.

The Anglo-Zulu war that took place in 1879 is entrenched in South Africa’s rich history. Those who are keen to learn more about it and perhaps even set foot on the actual battlefields should make a beeline to KwaZulu-Natal. The Battle of Rorke’s Drift and the Battle of Isandlwana are undoubtedly two of the most famous battles from this time. Visit Fugitives’ Drift for insightful tours of the battlefields themselves alongside knowledgeable storytellers who bring the battles to life right before your eyes.

Embarking on a Skeleton Coast safari in Namibia

Namibia’s Skeleton Coast earned its name due to the hundreds of ships that sank into the ocean in the area as a result of its tumultuous swells and roaring winds. There are numerous tour operators offering memorable Skeleton Coast safaris and many of them will take you onboard a light aircraft to savour bird’s eye views of the mesmerising shipwrecks below. However, the shipwrecks are not the only highlight of such an experience. You will also have the opportunity to scope out Cape Cross seal colonies, marvel at rock engravings crafted by ancient tribes, and set your sights on the living “fossil” tree, known as ‘Welwitschia Mirabilis’.

There are lots of fantastic stargazing sites to consider when travelling to South Africa, including Botswana’s Kgalagadi Transfrontier Park, the Free State’s Golden Gate Highlands National Park, and the North West province’s Madikwe Game Reserve. However, arguably the most sought-after go-to for stargazing is Sutherland in the Karoo. The region promises clear skies, wide open spaces and, as such, has earned the nickname ‘the astronomical heart of South Africa’. You will find a variety of tour operators specialising in stargazing tours, most of which last around 2 – 3 hours each. Visitors are usually treated to a big screen viewing of the constellations before heading outside and getting a closer look through a telescope. Once you’ve gazed through the telescope, nothing is stopping you from laying out a blanket, cracking open a bottle of wine, and savouring the romantic atmosphere to your heart’s content.

Diving into the Red Sea in Egypt

The Red Sea is one of the seven wonders of the underwater world, promising divers access to a breath-taking treasure trove of adventures. The coral reefs of the Red Sea are some of the most stunning in Africa and there is plenty of marine life to get excited about. If you plan to visit a few of the popular diving spots, you can also bank on catching a glimpse of historical shipwrecks up close, such as the British navy ship called the SS Thistlegorm, which sunk in 1941 following a bombing by German soldiers.

Viewing the World Cup of Wildlife in Kenya

The annual wildebeest migration from the Serengeti National Park to the Maasai Mara is known as the ‘World Cup of Wildlife’ and has been awarded the title as one of the ‘Seven New Wonders of the World’. If you’re lucky, you will be able to catch the highlight of the event, which is when thousands of wildebeest bravely cross the Mara River. A common misconception is that the migration only takes place between the months of July and October, but the reality is that it is a year-round phenomenon with many different and equally enthralling cyclical stages of the migration process occurring at various times across a period of 12 months.

There is no doubt that the African continent possesses an abundance of mysteries, charms, and adventures for anyone who goes looking for them. John Hemingway said it best: “If I have ever seen magic, it has been in Africa.”. rest assured that no matter where in Africa you venture off to, there is always magic that awaits. 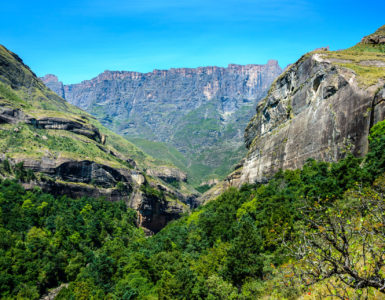 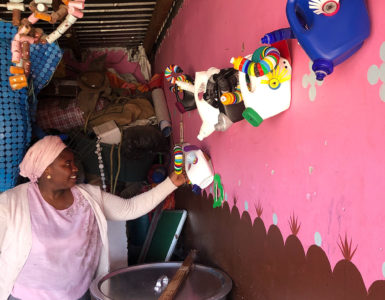 Why sit around a boardroom table, when you could learn lessons about life and business from Mama Yandi in Masi Township? This is just one of the Uplifting Experiences that Escape+Explore has created to connect some of... 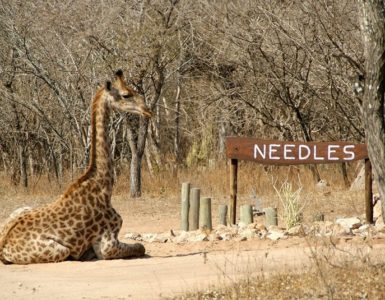 Needles Lodge gets its first international visitors since lockdown