A game ranger in South Africa

Paul Gardiner was born in South Africa in 1973. His career began as a game ranger in South Africa in 1996 on his father’s wildlife reserve, Shamwari, which is a model used by the Gardiner Family to create many reserves in Africa. On seeing the need to give their guests more experiences around the globe, the Gardner family founded Mantis. Mantis is an environmentally conscious collection of hotels, eco escapes and waterways which is based in Port Elizabeth, South Africa.

Paul joined the Mantis marketing team in 1998, after four years in the business he headed up the Group’s Sales & Marketing department. In 2002, he emigrated to the United Kingdom where he became the MD of Southern Africa Travel, a UK based Tour Operator and also set up Worldwide Experience. Worldwide Experiences (WWE) takes students from across the globe into Africa and places them in unique conservation-based projects where they work behind the scenes with Mantis’ wildlife veterinarians, ecologists and wildlife management teams.

His mission with the WWE team is to now open the experiences up to Chinese students in a partnership that was recently forged with an impressive conservation foundation in this country. In 2006, Paul also co-founded Legacy Ventures – a company that specialises in taking executive MBA students on study tours into emerging countries such as China, India, and South Africa.

In 2012 Paul met television personality and adventurer, Bear Grylls. Today they have several businesses together including Bear Grylls Survival Academy, Bear Grylls Survival Challenge, and Bear Grylls Adventure. Mantis Media is the creative arm of Mantis Collection and they’re responsible for taking what Bear does so well on television and bringing it to life for kids, adults, and corporate teams. Essentially, Mantis Media is responsible for all Bear’s location-based entertainment.

Through Mantis Media, Bear recently partnered with Merlin Entertainments to develop a $22m Bear Grylls Adventure Park in the UK. Paul leads a team in the UK which manages Mantis’ development beyond the borders of Africa. Paul is now the CEO of Mantis and works very closely with his father, Adrian Gardiner, as they strive to grow Mantis’ portfolio throughout Africa and beyond.

Although Paul is based in the UK, he continues to spend some quality time in South Africa – he and the Mantis team are the driving force behind a new pioneering initiative at Mantis Founder’s Lodge which will see the creation of the first ever Eco Lodge Innovation Hub.

Paul has also recently launched his very own media platform called ‘The Ecoventurer’ to help spread the word about eco-tourism and the amazing work of conservationists from all walks of life.

What are the key challenges you see for the travel and tourism industry?

The retrun of the airlines, while we’re open in South Africa, we need the airliens to return in their numbers.

What are the key opportunities you see for the travel and tourism industry?

We are beginning to see a conscious traveller emerge from COVID, and South Africa is ripe for the picking when it comes to respomsible travel. We’re adapting our model to cater for this within Mantis.

What are you predictions on the changes we will see in the tourism industry going forward?

Can you tell us about some of the travel trends you have noticed and how it has affected your work?

It’s still a little early to tell. We’re only beginning to see things return, it’s going to be a long slow return back to some kind of normality and what is this new normality even going to look like?

What is your view on virtual events vs. live events – what are the benefits and challenges that you have seen or foresee?

Live is always preferable. I think folk are done with virtual, there is a place for it, but it shouldn’t replace the real thing.

What is the importance of travel and tourism shows like Africa Travel Week, including World Travel Market Africa?

The beauty of live is that agents and operators can engage, have an amazing, informative few days, meet the owners etc.

Even more importantly, conduct pre and post fam trips which you simply cannot do if you’re on virtually. 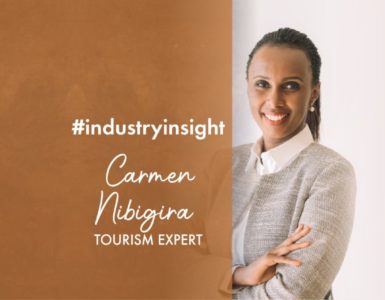 A seasoned tourism policy analyst with over 20 years of experience in the hotel and tourism industry in Africa and Europe. Carmen is a dynamic business leader with an international track record of delivering significant... 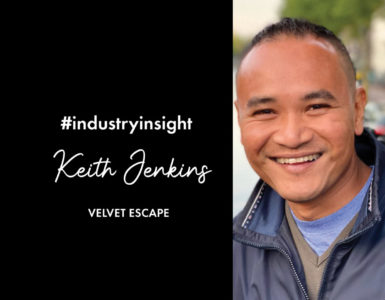 Keith Jenkins on how travel changed his life

I started my working life in corporate and investment banking. After ten years, I took a break to travel the world (in 2008). When I returned, I started blogging about my travel experiences on Velvet Escape, something I... 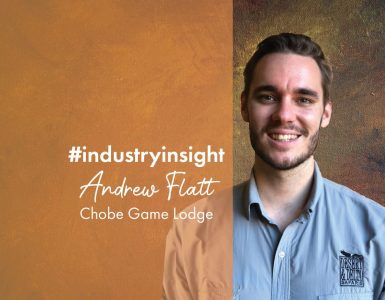 Andrew Flatt, marketing manager for Chobe Game Lodge in Botswana, shares his thoughts on responsible tourism and what makes his lodge a sustainable destination. RESPONSIBLE TOURISM IS IMPORTANT BECAUSE here in Africa...