FacebookTwitterLinkedInWhatsApp
Source Market PlaybookTravel with Me

A Norwegian in Africa

Rune Engstrøm, Director at Destination Africa, recognised the gap for a specialist in Africa that deals with the Scandanavian market and, similarly, the need for a South African expert based in Scandanavia. Destination Africa was created to meet that demand and is now a premier tour operator in Africa.

Tell us a bit about yourself.

I was born in Norway in 1959 and grew up here. My first trip abroad was in 1972, my parents rented a summerhouse near Benidorm, and we drove down. The following year I went alone to England for summer school. Up to 1988, I was travelling in Europe only. That is when I discovered Africa, and I have never looked back.

My background was in food and groceries—Import, wholesale and supermarkets. In the year 2000, a friend from the grocery business started a company called GozoReiser. He asked me to work with him. Soon we were the biggest in Norway for holidays to Malta. This went very well for some years, and I built a vast network of travel agents. Suddenly after some years, Air Malta stopped flying to Norway, and the business died fast. I went back to groceries and worked with that up to 2013.

In the spring of 2012, I was diagnosed with tuberculosis here in Norway. Maybe 20 people a year get it here. I did not have the energy or strength to continue and decided to try tourism again. I decided to start a company focusing 100% on Southern Africa. This was launched in 2013, and we had our first agents in 2014. Since then, we have grown slowly but surely every year. 100% B2B with respect for the value chain. Agents love it, trust me.

I love travelling around on my own. Find new places, meet new people, and introduce them to our agents here when back home.

Where did your love for travel start?

As a young teenager, I started travelling around Europe. When I was 13, I went to Bournemouth in England for summer school to learn English. After that, I started travelling on Interrail. A trendy concept in Europe in the 70s and 80s. For a fixed sum you could go wherever you wanted in Europe for 30 days. I found travelling very interesting. Every day new experiences, new cities, new people and so on.

Why do you enjoy working in the industry?

No two days are the same. You are meeting so many fantastic people. Compared to other industries, most people in our industry have a passion. If you look at salaries alone, few people get rich in money, but we get a chance to experience so much.

What is your favourite destination/place to visit and why?

Africa. So many people ask me which African country I like best, but it is an impossible question to answer. How can you put things like these up against each other?

Tell us about one of your most memorable travel experiences and why it stands out.

Another difficult question. I could pick my first trip to Kenya in 1988. I arrived on the 30th of December from a freezing cold Norway. I landed the following day in Nairobi, and nobody met me. They thought I would come in the evening 😊

I knew one of my friends was working in Nairobi CBD, so I took a taxi to town. It was quite a shock to come from a dark and cold Norway, straight into the chaos of a steaming hot African big city. After a few days, we went to the Mara and took the old train down to Mombasa. I was in love with Africa from day one. Wherever you turned, people were smiling and friendly. I must have been to Africa at least 100 times since then. In the last seven years, I have been to South Africa more than 30 times. I have also been to Namibia, eSwatini, Ethiopia, Kenya, Rwanda, Tanzania, Rwanda and Uganda.

Give us a travel tip you don’t think anyone else gives… or that isn’t given enough.

Get out of your comfort zone. Visit local restaurants, stay in small family-run hotels and so on. Do not be afraid to ask locals for advice or help. So many people are fearful of crime in Africa. Nothing has ever happened to me. If you stay in a big city, be careful at night if you want to go out, ask your hotel or driver where to go and what to do. I have often asked in reception if anyone off duty would like to join me for dinner and things like that. Locals can take you to the most fantastic places where no tourists go. Prices are low, experience fantastic. Whatever you pay for a meal for someone helping you, you get it back ten times in experiences.

Based on the five senses, what do you…

Can you give readers some suggestions on resources for other travel and tourism stakeholders? Any websites, publications, podcasts, thought leaders you recommend, or newsletters we should sign up to?

Nothing special I can think of. I read a lot online, and that gives a lot of ideas and insight. I always try to go to the source of a story. Some websites might write that according to this and that this is the best hotel, best food and so on. Always go to the source to be sure you get the correct story, and not with some twist 😊

Lastly, what do you love about Africa Travel Week (WTM Africa), and what are your sentiments on the evolution of trade shows being part virtual?

I have gone to a lot of trade shows for many years, around Africa and in Europe. For me, WTM Africa is the absolute best. Relevant exhibitors, good location, It’s the best. Digital shows and meetings can never replace meeting people face to face.

A Norwegian storyteller in Africa

Rune has fascinated us with his stories on what keeps him busy, read on about his passion for storytelling,

“It is relevant everywhere, and no place on earth except South Africa has this recent history of being shared. By letting young people hear these stories, we can hope it will not happen again in another place.”

“In Africa, and especially in South Africa where I have my focus now, there are so many stories. In Norway, we have had a concept for schools since the early 80s. At about 15, the youngsters travel by bus to places like Auschwitz, Theresienstadt, Dachau and other Nazi concentration camps in Poland and Germany. Survivors of the death camps have led the tours. They have been telling their own stories about the horrors of racism. The total inhumanity people can do to their fellow humans because of propaganda. These tours are sadly becoming less relevant for today’s young people. The war ended almost 80 years ago, and there are no witnesses left to tell the story.

I have been working with Christo Brand, Nelson Mandela’s prison guard and friend, for some years. I have also taken 100s of people to Khayelitsha. Abigail Mbalo created her concept 4roomed eKasi. Township food with international standard settings. She also tells the story of why she is doing this. She tells her history from the township and presents the food she grew up with what she learned from her mother and grandmother. Together with Abigail and some others, we agreed South Africa has so many stories to tell.

The idea is that we can offer witnesses to the change from apartheid to democracy in South Africa. Abigail and some other local, female South Africans have put together a concept called “Witnesses of change”. Christo Brand, Igshaan Amlay, Yaseem Mohamed, Antoinette Sithole, Seth Mazibuko, Xoliswa Ndoyiya, etc. I was in South Africa in September with a Norwegian agent. His company Travelmate focuses on Highschool groups. When we presented this concept, the schools embraced it. In February next year, we have already sold in several schools. They will come to South Africa for 3-4 weeks and meet these “Witnesses of change”. This idea originated from the school tours to Germany, but we realised immediately this was too big to belong to us. That is the reason we asked Abigail and her partner to take the ball. They can sell this to travel trade worldwide. My friend in Norway and myself are financing it, but the story and concept belong to local South Africans.

It is essential for young people today to hear these stories. This happened while their parents were young. Racism, sexism, religious problems are all around us. In today’s world, one of the most used phrases is “Fake News”. Whatever does not fit into your own belief is fake. Let people meet across race, gender, religion and politics.

As Mandela said, No one is born hating another person because of his skin colour, background, or religion. People must learn to hate, and if they can learn to hate, they can be taught to love, for love comes more naturally to the human heart than its opposite. 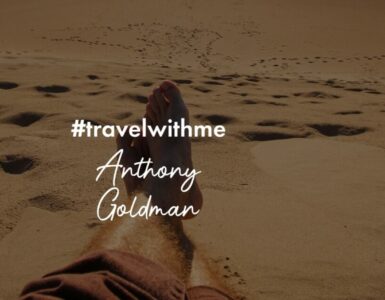 An Australian with a love for Africa

After starting his career in travel, Anthony decided to leave the family business and forged a very successful 20-year career in advertising and marketing. Anthony worked for global companies including J Walter... 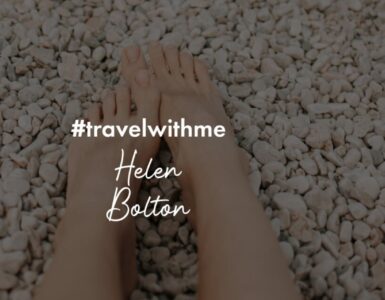 A Brit in Africa

Helen Bolton presently heads up the New Frontiers Tours Sales Team. She began her career in Inbound Tourism in 1996 with Thompsons Tours, an exciting and growing sector of the industry at this time and often credited as... 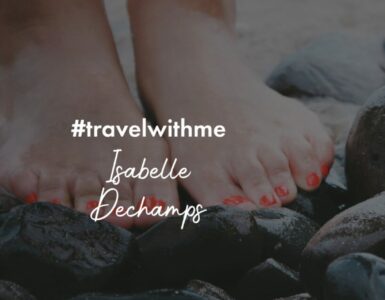 A Belgian in Africa

Isabelle Dechamps was born and bred in Antwerp, Belgium but has been living happily in Cape Town, South Africa, for over 22 years. She is happily married with two sons aged six and ten. Isabelle has been in the industry...