Launched on World Tourism Day, SATSA’s #LetsGo TEACH campaign is now in full swing. The campaign’s main aim is to re-position South Africa as a prime tourism destination for local and international consumers, DMCs, and tourist guides by shining the spotlight on the country’s countless offerings and diversity, particularly when it comes to Tourism, Events, Arts, Cultural and Heritage (TEACH) offerings.

The anticipated campaign is set to run until World Tourism Day 2022, using the year that lies ahead to highlight some of the best experiences that await curious travellers when it comes to exploring the many facets of South Africa.

Here are a few enthralling examples:

Photographers from around the globe flock to the Bo Kaap – one of the oldest residential areas in the Mother City. The area’s vibrant houses, painted in every colour of the rainbow, fill the cobblestone streets. Most will agree that the Bo Kaap has emerged as a tourist ‘go-to’ because it’s packed with a little bit of everything. Visitors can freely explore the area’s Islamic culture and multiple heritage sights on a brisk walking tour, tuck into a spread of mouth-watering African delicacies and revel in local live music acts while they do so at Marco’s African Place, and try their hand at whipping up their own versions of Cape Malay cuisine in a cooking class.

If you’re in search of never-ending entertainment all day and all night long for the duration of a getaway, one can’t go wrong with a trip to the North West’s dazzling Sun City Resort. The blissful sunshine will linger on guests’ skin as they sprawl out on a towel on the palm-fringed beach, splash around in the shimmering waters, or get their adrenalin pumping on one of the exhilarating water rides at the Valley of Waves. Once the sun sets, travellers can try their luck at the casino with a cocktail in hand, sit down to a hearty meal at one of the many classy restaurants, or head to one of the bars to experience South African nightlife at its finest.

While it’s probably best-known for its selection of the silkiest wines in all of South Africa, it’s safe to say that Stellenbosch isn’t a one-trick-pony. Along with foodies and wine connoisseurs, this captivating town in the Western Cape also happens to attract art lovers from around the globe, boasting a variety of galleries and gardens to explore and savour. The Dylan Lewis Sculpture Garden is undoubtedly a highlight, featuring a collaboration between man-made art and Mother Nature’s greatest masterpieces. Visitors can scope out over 60 sculptures unpacking the Jungian notion of ‘the wilderness within’ by celebrated local artist Dylan Lewis as they walk along 4km of winding pathways and appreciate the contrast of the perfectly manicured suburbs with the looming rugged mountain wilderness that surrounds them.

CULTURE: The fighting spirit of the Zulu tribe in KZN

KZN is the original home of the Zulu tribe, and it’s certain that their influence is evident in every direction. The great news is that tourists who are interested in absorbing the essence of this rich and intricate culture have plenty of options available to them. The best is to make plans to visit one of the Zulu villages to interact with the locals, admire traditional dances, sip on traditionally brewed beer, and learn all about Zulu beliefs, rituals, and everyday way of life. Several tour operators offer a fully-fledged Zulu cultural experience in the form of half-day and full-day tours (COVID restrictions dependent).

For adventurous travellers, there’s nothing better than lacing up their hiking boots as they embark on a journey to unearth a portion of over 2,500 Khoisan rock art sites across the craggy Cederberg mountain caves, all providing insights into the indigenous people of South Africa and dating back thousands of years. There are many hiking trails from which to choose, each varying in length and difficulty, with the 5km-round trail known as the Sevilla Rock Art Trail being the most popular. It should take hikers a full day to complete and promises access to a total of nine rock art sites, a bustling farm stall, as well as the chance to spot plenty of bird and wildlife along the way, including dassies, springbok, and more. 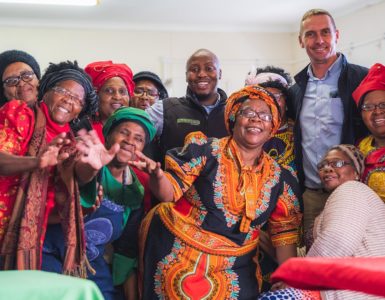 The transformative power of tourism

“Travel is more than the seeing of sights. It is a change that goes on, deep and permanent, in the ideas of the living” – Miriam Beard   With love at the heart of all they do and the opportunity to uplift... 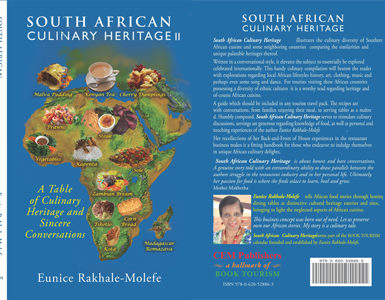 Most travellers visiting sunny South Africa are here for more than just the blissful weather and wildlife. They’re looking for authentic experiences that explore our culture, cuisine, history and heritage. Enter... 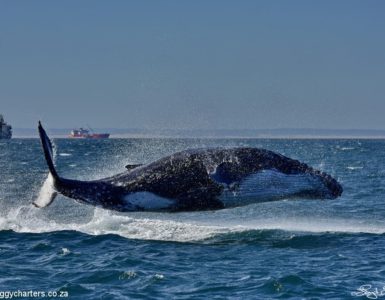 It was with great excitement that the Raggy Charter’s team hit the waters in search of a newly born southern right whale in Algoa Bay. After all, it’s not every day you get to meet a southern right calf, especially when...