A single constant since the onset of the pandemic is change. Jillian Blackbeard is one of the panellists who came together to provide expert insight into how the travel industry can tackle the LGBTQ+ travel challenges in Africa head on. According to Jillian, the silver lining in these trying times is that in many ways, they have given us back our humanity. “We’re witnessing a changing narrative, and it’s beautiful to see!”

While plenty of progress is being made, there are still issues that need to be addressed and action that needs to be taken. There are still misconceptions in the travel and tourism industry of the LGBTQ+ market. Current laws and perceptions are leading the LGBTQ+ community to question their safety when contemplating a holiday in Africa.

For Sherwin Banda of African Travel, Inc., one of the most notable challenges is that various organisations within the industry are not focusing their attention on inclusivity as a core value. In many cases, it’s an afterthought or is only spotlighted once a year during Pride Month.

Pinkwashing is seen a lot at the moment. On the eve of the 1st of June, one can go onto social media and watch the logos of various companies changing. They all put a rainbow on their profile pictures and start tweaking their narrative. Then come the 30th, everything is changed back. Equality and inclusivity have to be front and centre all year round, and we’re just not seeing this happening right now.

Luckily, many companies such as African Travel, Inc. are taking steps towards building a stronger sense of longevity. “We, as an organisation, have said inclusivity is not just lip service. There’s a difference to saying you’re LGBTQ friendly and being LGBTQ friendly,” says Sherwin.

A great example of how African Travel Inc. is promoting consistent inclusivity is through the introduction of its Pride Safaris. Sherwin comments,

These safaris revolve around celebrating everything great about being part of the LGBTQ community and bringing it all back to pride in our homeland, pride in the destination and in making things matter for both the traveller and the people or places that we visit.

Why is Africa lagging behind?

Some countries in Africa are notably safe and inclusive, for example, South Africa, which this year snagged the 21st position in the Asher & Lyric list of the Safest Countries for LGBTQ+ Travel. However, many other countries on the continent are lagging behind.

Lipian believes this is largely due to a lack of education and the misconceptions that are passed on through the generations. Sherwin concurs, stating how old colonial laws and stringent religious beliefs have prolonged the stigma attached to homosexuality despite evidence of the existence of diverse sexualities within African tribes before colonisation took place.

Highlighting the situation in Botswana following the decriminalisation of homosexuality in 2019, Jillian believes there’s still a long way to go. She explains how even though the High Court legalised same sex relations, the country’s government appealed the judgement. It has since been upheld, but it’s concerning when a country’s own government appeals against a judgement made by the High Court. Going forward, Jillian insists that change needs to come from a destinationmarketing perspective to help LGBTQ+ people feel comfortable in making the trip. “At least the decriminalisation is a step in the right direction. What it does is it gives us permission to dream and it gives us permission to say, ‘We see you Botswana, and we’re coming!’” responds Sherwin.

Where travel and tourism companies can start to make a change

Sherwin acknowledges that change can’t happen overnight but small adjustments can make an instant difference in relation to marketing and being more inclusive of LGBTQ+ travellers. He asserts,

Organisations can start by including LGBTQ+ friendly images and experiences in their marketing collateral. Showcase LGBTQ+ people as part of the people you’re looking to serve. There’s an added bonus to doing this, too. If you make LGBTQ+ travel important to your business, every other minority group will see your space as a safe place for them to be included as well.

Another tip from Sherwin: Upskill staff with the language of inclusivity and even better, hire more LGBTQ+ staff to help guide the way. Sherwin, Jillian and Lupin highlight how vital it is to celebrate the organisations that are making the necessary changes:

We need an industry standard of what good looks like, and there’s a lot of good work being done. But people are not touting it. If we want to grow, inclusivity is not something we do in the dark. It needs to be front and centre and a core part of our business practice.

In closing, Jillian speaks about how large and potentially profitable the LGBTQ market truly is and how change comes from within organisations:

The opportunities are so enormous, both to your business and to the way your company is in itself. The action has to come from within, not from the outside. The change has to come from within, from your human resources to your marketing, all the way up to leadership of the company. For me, it’s time to action inclusivity rather than just speaking about it.

Sherwin concurs, stating that it’s predicted that there will be over 180 million gay travellers by 2030 and an estimated travel spend of $57 billion from the LGBTQ+ market in the US alone. He continues with a comment on how tourism is a vehicle for positive change, “We, as leaders in the African travel space, must be consistent and determined in our goal to be those instruments of change in a destination that benefits from tourism on a daily basis”.

Sherwin concludes: Africa is seen as the origin of humanity. It is the first place that we have recorded fossils going back to the beginning of time. And it’s a place that is calling for our humanity to change and be more inclusive, and tourism can definitely help that.

According to Lipian, “Africa has a way to go. We need to all start recognising the value of the market. We need to stay consistent. I have no doubt that, eventually, we will get there”.

Listen to the full podcast here. 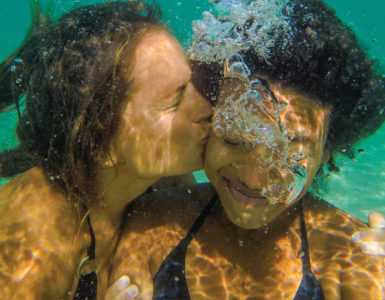 Diversity, Equity and Inclusion (DEI) will be the hot topic for World Travel Market Africa in the month of June as it joins the LGBTQ+ community in celebrating Pride Month. Following on from the success of EQUAL Africa...

Stand out in the LGBTQ+ travel market

World Rainbow Hotels shares its top tips to develop a marketing strategy to attract the LGBTQ+ traveller. The LGBTQ+ travel market is predicted to include 180 million travellers by 2030 and is currently worth... 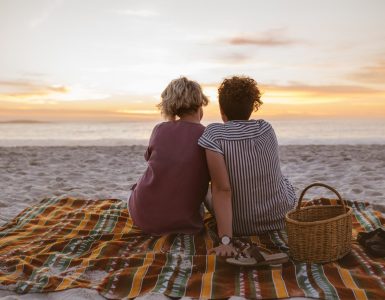 Nigeria is the most dangerous country for LGBTQ+ travel while South Africa is among the least dangerous, beating out the likes of Ireland, Australia and the Unites States. Instead of relying on hearsay and anecdotes...