Gen Z can save the travel industry

The global travel slump caused by the COVID pandemic means that many in the travel and tourism sector are now looking to the next generation of travellers to get us all exploring the world again writes Mark Frary.

Last year, the world passed a milestone. It was the year when Gen Z took over the world. Those born between 1997 and 2012 (although definitions vary slightly) became the most numerous age group on our very crowded planet.

Gen Z started entering the workforce in significant numbers five years ago and in the next decade will become the biggest part of the global workforce. As their influence grows, the travel and tourism sector must start to think now about what they are looking for.

While Gen Z do not wield the multitrillion dollar spending power of millennials – yet – they do influence their parents. One survey found that 79% of travel decisions are influenced by Gen Z – the travel and tourism industry should ignore that statistic at its peril.

Gen Z – what you need to know about them

Generational research is always tricky and there are as many differences within Gen Z as there are between that group, millennials and the Gen Xers who preceded them.

As a result, pinning down Gen Z’s drivers is difficult. A report from We Are Social, who have spoken at some of the social media conference sessions I have run at World Travel Market, says that Gen Z is “a paradoxical generation, shaping their world view through what seems like a kaleidoscope of contradictions”.

One thing is very clear about Gen Z – they care about the environment, as indicated most by this generation’s environmental spokeswoman Greta Thunberg.

It is not just Greta. A survey of 10,000 in 22 countries 18 to 25 years olds by Amnesty International found that climate change is by far the most important issue facing them.

Kumi Naidoo, the organisation’s secretary general, says that “for young people the climate crisis is one of the defining challenges of their age”. It might me said that Gen Z is actually Generation Greta.

Recent Euromonitor research, Travel 2040: Sustainability and Digital Transformation as Recovery Drivers, revealed that post-COVID more than three quarters of consumers are going to be more concerned about sustainability and Gen Z will be driving this. It says that a quarter of teenagers have avoided certain products because of the conditions under which they were produced or what they are made from. That will play out in their travel choices too.

With Gen Z in the driving seat, the travel industry is going to have to put its house in order and as World Travel Market’s Decarbonising Aviation mini-summit discussed, the changes will need to far-reaching and global – including a move to sustainable aviation fuels as well as massive investment in research and development.

Travel brands beyond aviation will also need to do more, much more, to appeal to Gen Z’s ecowarriors.

Beyond the environment, Gen Z are different from older generations in other ways. Ipsos Mori’s research on Gen Z finds that they are no longer teenage rebels and that “generational declines in youth crime, smoking, drinking and sexual activity reflect a significant behavioural shift”.

This presumably means that today’s youths are not going to be demanding their own version of the infamous Club 18-30 brand any time soon.

One thing that comes out of much generational research into Gen Z is the word ‘binary’ – it is not something that defines their lives.

Gender is the most obvious expression of this, but it also extends to their opinions about brands: they would not necessarily drop a brand just because of a scandal around that brand, for example.

They are also much less likely to be part of a ‘gang’ or ‘scene’ as older generations might have done who were into one genre of music at the sometimes violent exclusion of all others – mods vs rockers, for example.

We have seen then that the travel industry needs to understand Gen Z, but how do they get in front of them?

The World Economic Forum looked at media consumption in the COVID era and found that among Gen Z, watching online videos and streaming services such as Netflix and Disney+, have spiked.

If travel companies want to get noticed by Gen Z, this is where they are going to need to be. YouTube ads and product placement are the obvious ways to get there. However, with much of the world still in lockdown it is likely to be more about brand-building for the future than getting people to visit at present.

Many are not advertising at all – marketing spend by the travel sector in the UK fell by £138 million in the second quarter of 2020 compared to 2019.

Social media use has also exploded. Research for Ypulse shows that among Gen Z, Instagram, YouTube, Snapchat and TikTok are their favoured social media platforms.

The We Are Social research also found that we may have reached ‘peak influencer’ and that many from Gen Z have stopped following influencers who have become too big.

The report says, “To paraphrase a famous fictional scientist, we were so preoccupied with whether we could, we didn’t stop to think if we should.”

There must be some brands doing it right? Perhaps not. Travel brands are a glaring omission from the list of brands that Gen Zers love most, with food, drink, fashion, cosmetics and technology firms found to be more attractive, reflecting the young age of some of those in Gen Z.

If Gen Z are going to be the post-COVID saviour of the travel and tourism sector, there is clearly much work still to be done. 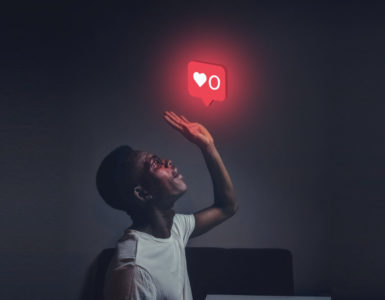 How the travel industry can use social media to rebuild trust

Now, more than ever, trust is key for travel brands and destinations. Whether it’s booking a hotel room or finding budget-friendly flights, consumers want to know that their health and safety is the most important thing... 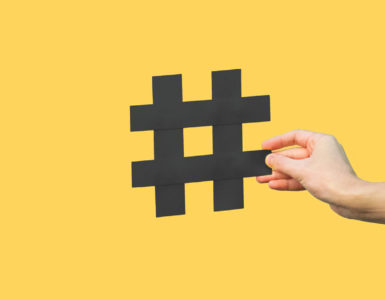 How to develop a hashtag strategy for your travel brand

Whether you’re just setting up your brand’s social media handles, or you’ve been on Instagram for a while, having a hashtag strategy is key to increasing the visibility of your travel brand, writes Albertine Brandon. A... 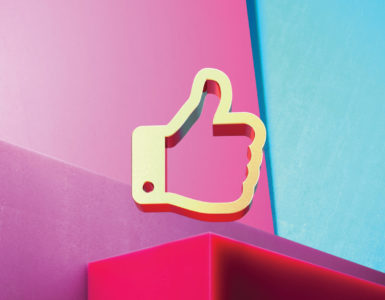 How travel brands can use social media

From gaining destination inspiration on Instagram to saving mouth-watering meals on Pinterest ‘must visit’ boards, social media has a huge influence on where people visit. Travellers use social media at every stage of...