The ongoing COVID pandemic could be the prompt for many people to change their lifestyles. Lockdown has led some to reassess their values and behaviours, potentially causing fundamental disruption to consumer markets in the coming years writes Chris Wisson.

Pent-up demand is expected to lead to many people spending freely once they have the possibility of doing so. With some countries now starting to ease their lockdown regulations due to COVID-19, there have already been signs of revenge spending. For example, one Hermés store in Guangzhou took $2.7 million in one day after re-opening post-COVID in mid-April.

Revenge spending is likely to be particularly beneficial to industries such as travel which have been entirely off-limits during the lockdown period. While there remain complexities and uncertainties about international travel such as ‘air bridges’, the intention of many wealthy consumers is clear: 70% of our affluent global sample anticipate travelling internationally again when given the green light to do so.

Of all four countries in our study, the Chinese response was most bullish, with 81% saying they were either very or somewhat likely to consider international travel again. These figures bode well for travel operators, putting the onus on them to be ready to cater for this spending as soon as feasible.

Figure 1: Assuming lockdown has been lifted and travel companies start to offer their services again to certain countries. How likely are you to consider international travel? [Base: 584 global affluent/HNWIs]

The Chinese response on this post-COVID behaviour deviates significantly from the other three countries. It appears that the Chinese are most likely to revert back to their pre-COVID behaviour: 52% of the Chinese sample say they will quickly return to their favourite brands and stores, almost double the share of any of the three other countries.

Furthermore, our Chinese respondents are the least likely (16%) to say that they have been influenced by the pandemic and be receptive to changing luxury good consumption. In practice, this is positive news for luxury brands which are popular among Chinese consumers, many of whom should see their loyal customers return to them once normality returns.

Figure 2: Agreement with statements on post-COVID behaviour, by country. [Base: 584 global affluent/HNWIs]

The situation differs in the other three countries studied, with only around a quarter in each country anticipating no change to their luxury retail habits. That almost 40% in each of these countries could make significant changes to their consumption of luxury goods is a very real and potentially significant disruption to luxury markets.

This could result in some brands becoming less relevant and quickly falling out of step with their customers’ new approach to luxury. In turn, there may be opportunities for other brands to capitalise and become more relevant to consumers post-COVID.

RESTRAINT AND REVENGE SAVING COULD ALSO BE KEY TRENDS

With a third of our sample questioning their consumption of luxury goods, the concept of revenge saving could gain greater momentum, particularly among younger age groups. The Chinese media has coined the term ‘revenge saving’ and the hashtag #Ditchyourself is becoming more popular.

The unexpected impact of COVID-19 appears to have led many consumers – both affluent and otherwise – to reappraise their financial security. This could manifest itself in reduced spending and more saving as people look to build a buffer in cases of unforeseen events such as pandemics.

While there appears to be relatively little appetite among wealthy Chinese consumers to cut back on spending on luxury goods, they do show greater consideration of their travel habits. Many Chinese cities reported lower pollution levels when the global lockdown was enforced, something which was positively received by its citizens. Unfortunately pollution levels are now returning towards pre-COVID levels as the Chinese economy has opened up again.

These distinct and clearly visible differences could be why our Chinese respondents are as likely as the other three countries to agree with the statement “I have given more thought to my own needs for travel (both personal and business) and will likely be travelling less in the future” (China 32% vs 35% overall average).

The concept of flygskam – or flight-shaming – had already been gaining traction prior to the necessary halting of most flights to combat the spread of the virus. This may continue as frivolous and unnecessary trips become less socially acceptable.

Whether this intention to travel less carries through into reality remains to be seen. However, it is a clear sign that sustainability and environmental footprint is set to become more important to many travellers as they plan their trips. As well as the financial cost of the holiday, some travellers may also start to factor in the environmental cost, something which may see them taking fewer longer-haul trips in the future. Again, the onus is on travel operators to meet this increasing interest in sustainable trips.

As the above results show, many consumers are likely to act very differently post-COVID. Despite their wealth, it is unlikely that all affluent and HNWIs will immediately release the handbrake after COVID-19. Industries such as travel will probably see a rapid uptick after consumers push back against having been unable to travel since March 2020.

However, other categories such as luxury goods may see slower-moving and geographically variable trends. There is a clear need for brands to plan for a degree of significant market disruption as consumers reset and acclimatise after the virus’ impact.

To hear more about these trends, watch Altiant’s webinar in partnership with the WTM Global Hub.

The sample
For the data presented in this article, Altiant surveyed 584 affluent/HNWIs in the middle of May 2020: 166 in each of the UK and France, 156 in the US and 96 in China. The median household income of the total sample was $404,000 when converted to USD.

About Altiant
Altiant is the preferred data collection company for dozens of the world’s most iconic luxury and financial service brands. We operate in over 15 key luxury markets by utilizing our own community of affluent and HNW individuals, all of whom we manually validate to ensure their wealth.

Chris is Altiant’s Knowledge Director and carries out the company’s proprietary research and insight into wealth and luxury. He joined Altiant in February 2018 after working at Mintel on high-profile quantitative research projects for 6 years.

Chris has been widely featured in the UK and international media for his commentary and insights, specifically on the alcoholic drinks industry. He has also worked for Moët Hennessy UK as part of the trade team, giving him an insider perspective of the luxury industry and prestige brand

Travelling in a post-coronavirus world will have people shift gears a little bit. Jean Lim shares five travel preferences that will emerge in a post-Coronavirus world Focus on domestic travel Even though countries are... 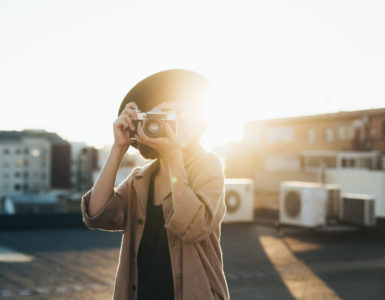 Will influencer marketing help brands to bounce back post-coronavirus?

Influencer marketing is often described as ‘accelerated word-of-mouth’. The direct relationship between consumers and influencers allows brands to communicate in a way that feels authentic and in tune with what... 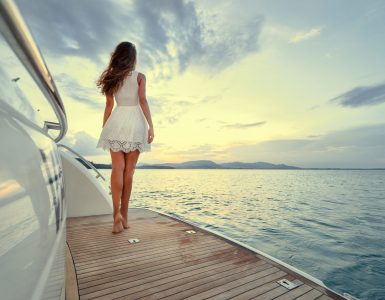