We are a storytelling species. We use stories to make sense of the world and to educate our children. Some of the stories are fiction: fairy tales. We use science fiction to think about the future. Science fiction and fairy tales are often cautionary; they warn us of dangers.

Narratives are important in non-fiction too. Validated by science, tested by experiment, non-fiction narratives explain the linkages between CO2 pollution and changes we have caused in our climate. All too often, inconvenient truths are denied. All too, often conspiracy theories and modern myths gain tens of thousands of believers, Qanon is arguably the most successful example it manufactrue explained on NBC News and BBC News.

What of the narrative in tourism?

The expectations travellers and holidaymakers have of destinations are created what they have learnt from education and the media. These organic images are powerful – positive and negatively. Marketing and promotion often benefit form these organic images particularly where they have been updated and reinforced by movies and TV. Prevalent and deeply ingrained negative images can make marketing and promotion much more difficult.

It remains to been seen what the impact of images of so many not wearing masks in some countries around the workld will have on people’s travel plans in a world where Covoid-19 will fester and where new variants may emerge. The travel image cannot readily be dissociated from the organic images created by media coverage.

The Harvard Institute of Economic Research has published a map of the world’s least and most ethncially diverse countries.

There are at least 3000 ethnic groups and 2000 languages spoken in Africa. more

Africa under-sells its cultural diversity and richness. At WTM Africa this year we have two panels on April 9th addressing the issue of ownership. Register here to attend.

Africa’s Cultural Diversity – Whose is it?

Africa is the world’s most diverse continent – are we selling it right? Years ago, a UK-based communications consultancy was tasked by a group of charities to critique their portrayal. Africa. Their report was accusatory: You made Africa boring. As Pliny the Elder wrote in the first century, “There is always something new from Africa? “How well is our industry doing in communicating Africa’s wealth of diversity?

There has long been an academic critique of the ways in which out industry commodifies cultures and cultural artefacts. At the heart of Responsible Tourism is the principle that communities should use tourism for their sustainable development rather than be used by it.  We aspire to create meaningful connections between hosts and guests, what does that mean for practice? How can we celebrate diversity better?

Keith Henry, President and CEO of the Indigenous Tourism Association of Canada discusses the ownership of culture, pointing out that if it is about us ,it must be with us, it cannot be without us

There are more people from around the iorld disucssing this issue in the panel discussion at WTM Africa – insert link and imagge?

In the second panel we hear from Toroga Denver Breda, First nation KHOE language and cultural kuwiri, xoa-khoen aka activist and writer based in Xhui-Qhae or Cape Town, Dirk Pienaar of the Khomani San. Their stories about the cultural significance of Tabel Mountain have created for me, for the first time, motivatiion to ascend it with an indigenous guide. JoAnna Haugen Founder of Rooted joined us to discuss the role of story telling in tourism around the world and linking it with creating motivation to make tourism more sustainable.

We need to think about the stories we tell in the itineraries and places we recommend and market. We need to have more diversity in the experiences and stories we tell. We need to take responsibility if travel is to broaden the mind rather than reinforce prejudices. Only through storytelling can we realise the ambition of Responsible Tourism to provide “more enjoyable experiences for tourists through more meaningful connections with local people, and a greater understanding of local cultural, social and environmental issues.”

I discussed storytelling Keneiloe Molopyane, Curator, Maropeng and Sterkfontein, Cradle of Humankind World Heritage Site. You can travel geographically but only archaeology, communicated well,  enables us to travel into our prehistory.

We talked about engaging people in the origins of our species and with archaeology and about how this is essential if their work is to be funded. Keneiloe recognises how important it is to the future of the discipline that it connects with the citizens of South Africa, that her work has meaning for them too. The storytellers need to have the personalities, characteristics and skills to make meaningful connections with visitors and that they go away enthused to encourage others ant to return themselves.

Storytelling matters, it creates meaningful connections, we need to do it better. 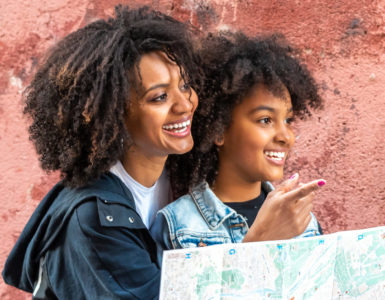 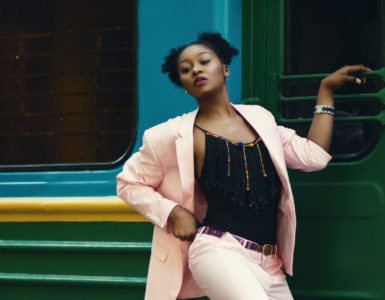 Each year the travel and tourism industry opens up the world to a wide range of travellers regardless of age, gender, ethnicity, abilities and sexual orientation. And in recent years, many companies have begun the... 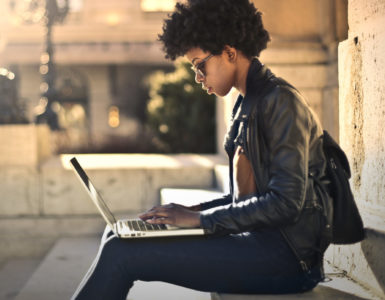 For the last eight years, Jeremy Smith has been to every single session of the responsible tourism programme at World Travel Market London. And every year, he has produced a daily summary of what has happened during...