SEO overload: The rise of the machine is killing your blog

Cast your mind back, do you remember the reason you started blogging in the first place? Maybe it was because you wanted to publish your words and experiences, to help others, to experiment, to be creative? But it wasn’t to feed a machine, was it asks Paul Dow.

Let’s rewind. Back in 2008 I had just landed back in the heart London with a backpack full of dirty clothes from travelling. I’d been out of the country for a few years and had started my own blog, but in 2008 I found myself in an office working as a contractor doing some programming.

The programming eventually turned into a permanent position working as a technical SEO (I was global SEO manager for seven years) for a company with many corporate websites. I’d always had one eye on SEO while being a programmer, so my travel blog was the perfect place to experiment with new SEO strategies and tactics. I could test something out in a matter of seconds rather than weeks, without having to get sign-off, approval and all the rest that comes with making changes to corporate entities. In those days most bloggers were oblivious to SEO and would hammer out articles without any thought of optimising page titles, headings, images and alt text.

GOOGLE HAS CHANGED
Back in 2008 – 2011 Google was much less advanced than it is now. You could write an article with a couple of paragraphs and if you chose the right keyword that had low competition but was being searched for you could drive a decent amount of traffic. For example, back then the Lonely Planet’s forum “Thorn Tree” was hugely popular and searched for by many travellers and backpackers. In order to piggyback on the back of people searching for it in Google you only had to optimise a blog post and you’d soon find it ranking one place below (if your domain had some authority).

Times have since changed, you can no longer bang out a couple of paragraphs, tweak your main heading, alt text and optimise images to find yourself ranking well. It takes a lot more, much more commitment… longer and more in-depth posts on a topic. Google has evolved to recognise quality (using quality raters and tweaking the algorithm) when it sees it… my quick two paragraph posts won’t cut it anymore (probably just as well!).

FEEDING THE MACHINE
At the time I thought that perhaps this was good thing, I’m an SEO advocate after all. Google was forcing people to write better quality, all-encompassing pieces of content that answered users’ search queries. That was until it dawned on me that just about every blogger had jumped aboard the SEO bandwagon. A topic that was once an obscure outlying subject is now front and centre for most bloggers. Most of us are guilty of chasing organic traffic to some degree, even last week I posted my own in-depth guide to Siargao in the Philippines because I know it should eventually rank fairly well in Google, but that isn’t the only type of content I rely on. Good blog SEO means traffic… and traffic means ad revenue. Instead of forcing bloggers into producing engaging stories, search engines seem to be rewarding unoriginal, repetitive and uninspiring pieces of content.

In 2009 I wrote a quick article called “25 Inspirational Travelling Quotes”. Back then it would drive a decent amount of traffic and there was really very little competition. Fast forward to today, do a quick search for “travel quotes” and you’ll see the search results packed full of blog posts written, not because it’s original or serves their own audiences but because bloggers know it brings traffic. It drives traffic, boosts their numbers and helps the advertising revenue. Don’t get me wrong, I’m not saying that driving search engine traffic is a bad thing but perhaps only writing for search engines is.

Today, Facebook is full of groups helping bloggers perfect their SEO, it seems bloggers are just as keen to feed the algorithm in the pursuit of ad revenue and impressive stats for their media kits. Creating content to appeal to the search bot gods rather than real human beings. This clamour for organic traffic is at times sacrificing their storytelling, their audience and their passion, perhaps the very reason they started blogging in the first place.

Bloggers learn SEO to churn out articles, to be consumed by bots rather than humans, in order to boost ranking and traffic. The one thing that’s easy to lose sight of in the pile of top 10, 25 or whatever lists is that we used to blog as a creative outlet and because we had a passion for it.

Yes, it’s great to be aware of SEO, it’s great to drive search traffic to your blog but at the end of the day people want to engage, connect and be inspired. It builds trust, authority, a real audience and builds a brand. Generic lists and guides alone don’t inspire, they inform, but they are weak at really connecting with a genuine audience.

DO YOU REALLY HAVE A READERSHIP?
It’s easy as a blogger to find yourself with pound signs in your eyes, chasing the traffic, chasing the revenue… chasing the numbers, but we should never forget the creativity, authenticity, connections and community. Lose sight of these and you may eventually find you have no audience other than those looking for an answer to their search query. You might have low engagement, low time on site and a high bounce rate, all signs of site relying too heavily on one single source of traffic. This may be fine if you work with agencies who only look at top level numbers, but increasingly people want to delve into your readership stats, to see the depth and to make sure you really do have an engaged audience of value and not just hugely inflated numbers from a few traffic sources.

REAL GENUINE INTERACTIONS
I do miss the days of blogging back in 2007 where interactions and engagement were truly genuine, not simply to drive traffic or to force a return of engagement from other bloggers. We used to post simple memes such as “your favourite magazines or books” and tag other bloggers to post their own. It wasn’t forced, but it was fun, real and built connections. This was at a time before anyone thought about turning their blog into a business or even making any money at all from them, shock horror! We did it not to chase profit but as a creative outlet, to innovate and see if anyone would read any of our ramblings.

THE ALGORITHM ALWAYS CHANGES
The danger with over-optimising most of your blog content today is as it was back in 2009. Search engines are constantly changing, algorithms change. Your in-depth detailed posts or lists that rank well now might not rank as well in the future as Google attempts to improve its search results. Maybe just maybe there will be a shift towards websites with engagement, with communities and with a real audience. If you’ve neglected these aspects in the pursuit of traffic and revenue you may find yourself in a tricky position. What you feed the machine today might be very different to what it wants in five years’ time.

And with any platform, Instagram, Facebook, YouTube and even Google… relying on most of your traffic from one source is a recipe for disaster in the long term. Build a brand, yes… but ultimately build something of real value for real people. That isn’t done by chasing the algorithm alone.

What’s more, where is your originality? Where’s your innovation? How are you doing anything different to anybody else? (Do let me know in the comments!)

I’m not saying don’t educate yourself in SEO, you should be aware of how to optimise your content. What I am saying is, have balance… write content for your human audience first and foremost. Spend time improving your time on site, bounce rate, pages per session and newsletter subscribers rather than focusing on visitors that don’t stick around.

Blogging is about personality, humour, creativity, innovation and storytelling… we should never lose sight of that. I hope with the rush to SEO everything in sight that as writers and creators we don’t forget the very reason we started in the first place and the joys that came with the freedom of the creative process.

By all means, feed the machine but not at the expense of building a real human audience.

Paul Dow is an award-winning travel blogger travmonkey.com who focuses on solo adventure travel. Based in London, Paul is an experienced digital marketing professional and the co-founder of Traverse, a conference and agency working with digital content creators. His next project is all about learning to surf and blogging about it at surfandunwind.com. 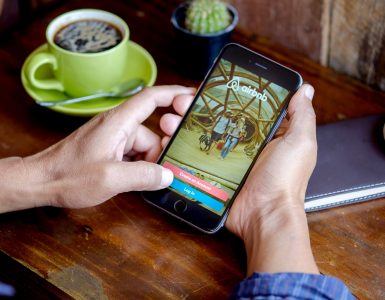 Carolina Sass de Haro shares three main trends that are transforming the industry. Before we get to the trends, it is important to understand what the hospitality industry represents.  According to Phocuswright’s... 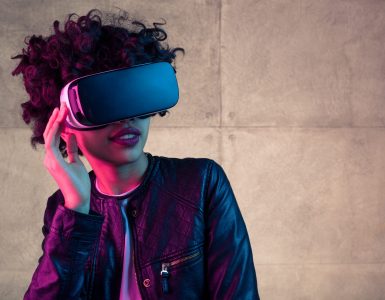 If you aren’t clued up on AI, you’re missing out!

Artificial intelligence (AI) is something all of us have heard of, but what exactly is meant by “AI” and what’s it got to do with the travel industry? In 2020, accepted definitions of AI include “the field of computer... 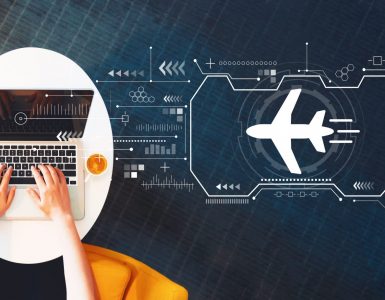 The impact of technology on business and leisure travellers

Today, travel is one of the most compelling digital commerce success stories, with four clearly identifiable trends at the heart. DIGITISATION Technology has had a major impact on leisure and business travellers over...