What can we learn from Sicily as they invest in tourism?

COVID has been a ‘total disaster’ for tourism to Sicily, as it has been for many destinations.  But as Mark Frary discovered, the Italian region is investing millions of euro to incentivise international visitors to return.

“Tourism is worth 15% of the gross domestic product, and in some areas it even represents 40%”, says tourism councillor Manlio Messina. 2020 will be remembered by tourism operators for many years. The lockdown involved all sectors of the Italian and Sicilian economies. These months have caused a total disaster, but our duty is to look forward to tomorrow.

There are signs of optimism. Messina says, “we are far below previous years in terms of tourists, but the numbers are beginning to give us some hope. The data relating to reservations for August are comforting, but certainly not decisive for the crisis situation that generated the COVID-19 pandemic.”

A fund of 300 million euros

In May, Sicily announced it had allocated 75 million euros towards a scheme that will subsidise the cost of flights, hotel rooms and other tourist activities. The region also announced a fund of 300 million euros which travel agencies, tour operators and hotels can draw on.

Messina said travel agencies would be at the heart of the consumer-focused programme, and the region is using the money to create 600,000 holiday packages.

“We will buy services from the entire tourism chain, such as overnight stays in a hotel…If they stay for three nights, the Sicilian Region will pay for one; if they stay for six nights, they will be paid for two.”

He added, “We are investing 15 million euros in airlines to purchase tickets and discounts for controlled prices. Furthermore, we are preparing an agreement with the airlines to reduce the costs of [transporting] sports equipment.”

Messina said the scheme – when travellers can actually access the deals – would start “when we believe that we can travel without problems. We hope to encourage tourism beyond the summer, as well from October onwards.”

Travellers will be able to book on new website of the Sicilian region and a related app.

Messina says the region will also spend a further 20 million euros over the next three years to sustain interest in Sicily, investing in trade fairs, television and print advertising, but above all an innovative web campaign.”

On the horizon are events with international appeal which had to be postponed from 2020: the Sicily Jazz Festival and the Bellini Renaissance, which promotes the holidays the musician Vincenzo Bellini took in eastern Sicily. Sicily is also working with the region of Liguria on a twinning ceremony to celebrate Frank Sinatra’s links with the two regions.

Sicily is not the only region investing to attract tourists back.

Other regions investing in tourism

The Swiss city of Geneva has seen a 60% decline in room nights compared to previous years as a result of the pandemic.

As a result, Geneva Tourism has come up with a number of schemes to attract tourists.

Roxane Dupommier, Market Manager Europe for Geneva Tourism says, “Kickstarting tourism to Geneva is a key priority for us. As with all cities, Geneva has been suffering during the crisis but we are confident that once restrictions have been lifted and travel becomes more open, we will see tourism return to our beautiful city. Our offers are a way to encourage visitors back and help them enjoy all that the city has to offer.”

These include the Geneva Box scheme, which offers combined hotel and attraction packages with discount of up to 65%. One such a package is a make your own watch scheme which is now available for £808 instead of £2,297 and includes a double room for two in a five-star hotel for one night with breakfast, a course on making your own watch with a master watchmaker and free public transport.

The Geneva Gift card scheme gives anyone who stays in one of the city’s approved hotels a voucher worth CHF100 (£84) that can be spent at hotels like the Beau-Rivage and Mandarin Oriental and restaurants like the Chat-Botté and Les Armures.

In total, Geneva Tourism has invested CHF4 million (£3.4m) on the Geneva Box and Geneva Card schemes as well as a Clean and Safe Label programme of safety protocols to protect guests.

Earlier in the year, there was much talk about Japan’s Go To Travel campaign which promised to cover 35% of travel and accommodation costs and 15% off activities in destination. The country’s tourist board eventually had to clarify that the scheme was only aimed at domestic tourists (although Tokyo residents are excluded). The ¥1.35 trillion (£9.9 billion) scheme has been used 2 million times since it started in July despite some believing it would encourage the spread of COVID.

#Come2MexicanCaribbean is a collaboration between travel and tourism businesses in places like Cancun, Cozumel and Playa del Carmen. As part of the scheme, hotels and other hospitality providers are offering free nights, resort spending vouchers, substantial discounts, two-for-one deals and other offers.

When Las Vegas’ resorts reopened, the city’s Convention and Visitor Authority began promoting a range of deals at its hotels, including very low midweek room rates and generous dining credits, in some cases available until the end of 2020.

The Caribbean island of Barbados has launched a visa scheme to encourage digital nomads to come and work on the island for up to 12 months. The Barbados Welcome Stamp Visa Scheme costs $2,000 for individuals or $3,000 for families but successful applicants will not be subject to Barbadian income tax during the year, making it a potentially lucrative working holiday

A number of countries have also implemented VAT cuts to help businesses in various sectors, including the UK, the Czech Republic and Montenegro.  The UK cut VAT on hospitality services, such as hotels, from 20% to 5% until 12 January 2021. While some businesses have not passed these on to consumers, the hotel groups Marriott and Accor both have, helping stimulate demand.

Other countries are trying different tactics to woo visitors – by covering medical costs in the event that visitors catch COVID.

As part of its Safe Travel Guaranteed campaign, Uzbekistan has announced that any foreign tourist visiting the country on a group tour with a local tour operator who catches COVID will be paid $3,000 in financial compensation from Uzbekistan’s Anti-Crisis Fund. Sophie Ibbotson, Uzbekistan’s tourism ambassador to the UK, said, “The government is so confident that the new safety and hygiene measures being implemented across the tourism sector will protect tourists from COVID-19, that the President is prepared to put money where his mouth is: if you get COVID-19 on holiday in Uzbekistan, we will compensate you.”

Meanwhile, the government of the Canary Islands is offering to cover medical expenses, health repatriation and having to stay on the islands for longer in the event you contract COVID-19. The islands have put together a deal with the insurer Axa, helpful for anyone who travel insurance no longer covers COVID issues. Cyprus has also pledged to cover the holiday costs of anyone catching the virus while on holiday there.

When tourism is such an important driver of the economy – up to 10% of global GDP and supporting 300 million jobs worldwide – it comes as no surprise that destinations are being innovative. Long may it continue. 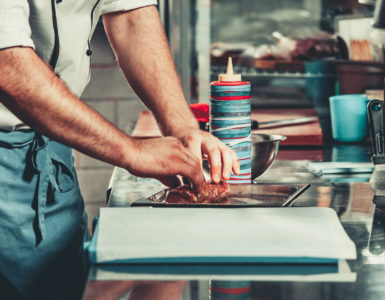 How hotels can play a role in culinary tourism

The world is embracing their desire to consume the traditional, new, and/or unusual culinary heritage. As the travel industry is on a reset due to the COVID-19 pandemic Miriro Matema explores the role hotels can play in... 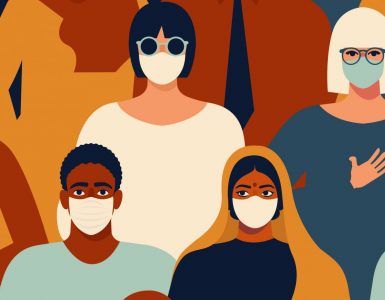 The Department of Tourism encourages eligible businesses to apply for the COVID-19 Tourism Relief Fund during the application period from 07 April to 30 May 2020. Established as an intervention to mitigate the impact of...