Botswana: Experience nature like nowhere else in the world!

Botswana, wedged between Namibia, South Africa and Zimbabwe is known for its wide-open spaces, African elephant population (the largest in the world); spectacular natural surroundings (from salt pans to the waterways of the Okavango Delta) and peaceful lifestyle.

One third of the land in Botswana is protected as game reserve or national park, an indication of just how much wildlife you will see when visiting the country.

The magical Zambezi River, running along the northern border of Botswana, is home to hundreds of species of animals and birds. The region is dependent on tourism, which in turn supports conservation efforts and allows animals to survive and thrive.

Did you know that the Okavango Delta can be seen from space? The river, which never meets the sea, originates in Angola, creates a mesmerising delta in Botswana before disappearing into the Kalahari Desert.

The Okavango forms dense wildlife reservoirs wherever it goes, and one of the most notable experiences here is game spotting from a traditional mokoro boat as you wind your way through the estuaries of the delta. Take in the magnificent birdlife that is so rich in this area, while revelling in the peace and silence of the bush.

Botswana offers a wide variety of unique wildlife experiences, including mobile tent safaris which offer visitors an opportunity to move around the reserves and cover more land while exploring the country. Early morning firepit coffees followed by wildlife viewing are some of the thrilling experiences you can expect while on safari here.

And don’t be startled … you may even hear a hyena trot through your camp in the middle of the night.

“The only man I envy is the man who has not yet been to Africa, for he has so much to look forward to.” — Richard Mullin 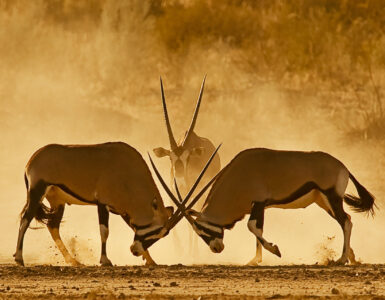 AN EXTRAORDINARY SOUTH AFRICAN HOLIDAY ADVENTURE EXPERIENCE! Majestically reaching over 360 000 sq kilometers from the world-renowned Kalahari Desert to the arid plains of the Karoo, the Northern Cape, South Africa... 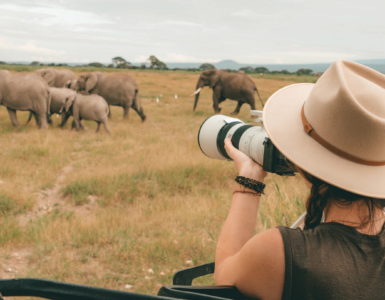 May is ‘Africa Month’ and the perfect opportunity to delve deeper into the many enchanting experiences that this diverse continent can provide, and perhaps even get started on planning your next visit. Below is a round... 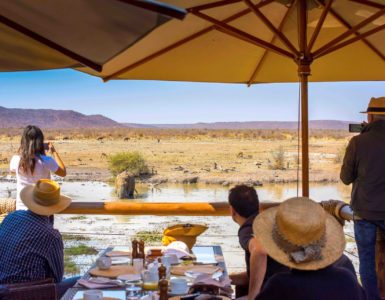 This year, Tau Game Lodge celebrated 25 years of welcoming guests through its 5-star safari doors. And in the approach to Christmas, the team is inviting travellers to spend time in the bush, enjoying their spectacular...