On 9 August 1956, more than 20 000 South African women of all races staged a march on the Union Buildings in protest against the proposed amendments to the Urban Areas Act of 1950, commonly referred to as the “pass laws”.

The women left 14 000 petitions at the office doors of prime minister J. G. Strijdom. The women stood silently for 30 minutes and then started singing a protest song that was composed in honour of the occasion: Wathint’Abafazi Wathint’imbokodo! (Now you have touched the women, you have struck a rock.). In the years since, the phrase (or its latest incarnation: “you strike a woman, you strike a rock”) has come to represent women’s courage and strength in South Africa.

National Women’s Day draws attention to significant issues African women still face, such as parenting, domestic violence, sexual harassment in the workplace, unequal pay, and schooling for all girls. It can be used as a day to fight for or protest these ideas.

The men of ATW are firm believers in equality and had the following to say:

What role do women play in society?

MARTIN: Women are change makers. Just in the last few years, the likes of, Greta Thunberg, Nadia Murad and Isatou Ceesay  have shown that women have the power to implement ideas that will change the outcomes of future generations.

PAPY: There is an saying, “if the mothers are educated, the whole society will progress”.  Women have always played and will continue to play an important role in the progress of a nation.

JUSTIN: Essentially, women bring us into the world but their role goes way beyond that. In the context of family, women are the first to educate, nurture and ultimately develop their children but outside of that, they play a key part in helping to shape societal reform and equality. They are and can be captains of industry, politics, sport and so much more.

SAM: A woman raised me. They are basically EVERYTHING! I mean they go through so, so much in a single lifetime and I, personally want them to know that I recognise that.

How important is it to have women be part of our society?

MARTIN: Facebook’s COO, Sheryl Sandburg, sums it up best, “We need women at all levels, including the top, to change the dynamic, reshape the conversation, to make sure women’s voices are heard and heeded, not overlooked and ignored.”

PAPY: Women are the primary caretakers of children and elders in many societies around the world. Often, women take the lead in helping their family adjust to new realities and challenges during the time of crisis.

JUSTIN: Extremely important, otherwise society would be driven exclusively by men and this has the potential to create gender inequality and in turn, less opportunity for women to progress.

SAM: Significant. Pivotal. Discernible. I’m a candid Momma’s boy. She’s my heart. I’ve met a lot people in life, but she my favourite. I thank God every day for keeping her alive and healthy.

What do you think of women in the work place and more specifically in the travel and tourism industry?

MARTIN: As an industry, we cannot reach our full potential, if anyone is held back. We need to build networks that not only support one another but embrace our diversity. Statistics show that in South Africa, tourism accounts for over 375 000 direct jobs, of which 70% are women. It is vital that these women have a voice and do not get overlooked. That is why initiatives such as #IAMTOURISM are so important. Everyone can play a part in drawing attention to the these phenomenal women that make #SAISTOURISMREADY.

PAPY: In the workplace, women bring unique experiences to the table and they use these experiences to substantially boost productivity levels. In tourism, more often now, women lead efforts in ecotourism and socially responsible travel around the world.

JUSTIN: In terms of the workplace women are equally capable and in many cases more capable than men in their roles. Within travel and tourism, there are many female leaders and at agency level, the majority of employees are female, so I believe that we are ahead of other industries, but I don’t think we’re quite there when it comes to an equal split between men and women in leadership positions.

SAM: I got nothing but mad love for all of them. I basically work at a company that is female-dominated and they’ve taught me all I know. If a woman hadn’t given me a big break after my studies, I wouldn’t even have a career in the industry to begin with.

MARTIN: In many fields, gender equality remains just out of reach. Studies continue to show that women still make less than men, particularly women of colour, and they hold fewer high ranking positions. There have been huge strides to crack the glass ceiling and to ensure that we shatter it, we need to come together as a society and ensure that everyone is not only seen but heard.

PAPY: It is often said that the place of women is at home . We can overcome this stigma by recognising the positive economic impact that women contribute towards building the global economy.

JUSTIN: That they are seen to be weaker or less capable when compared to men. This can be overcome by educating, starting at a young age, showcasing examples of successful women who are shaping change and driving their lives and businesses forward and developing leadership programmes which favour men and women equally.

SAM: The various forms of abuse against them. For me, the mantra has always been why inflict pain on a woman when the thought of someone else committing the very same atrocity against my mom or my big sister sickens me to my very core. With that being said, men, it starts with us, if we let one woman down, we let them all down. 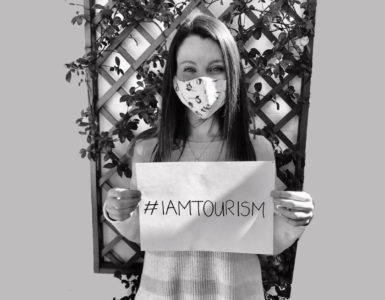 Calling on all women in tourism 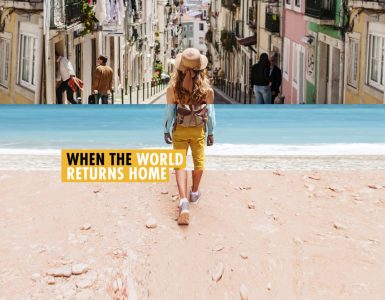 Events as we know them have been disrupted and we have been forced to embrace new solutions for our partners. Adversity often helps us to foster innovation and our current reality has prompted the rapid development of...