One Horizon is an experiential travel company and a not-for-profit humanitarian aid organisation. It hosts tourists from all over the world but primarily from Austria, Australia, New Zealand, Canada, Germany, the Netherlands, the United Kingdom, and the United States.

“We have noticed a significant increase in the number of people enquiring about tours that enable them to give something back, with an emerging demographic of the over-50s and families at the forefront of this trend,” says executive director Colin Murray. “The increase in these types of enquiries (as opposed to enquiries about wildlife safaris) has meant that the number of tourists engaging in responsible tourism with us has doubled in a little over a year. And yet the feedback has been consistently about the difficulty travellers have of finding suitable operators and tours.”

One Horizon’s most popular initiatives are its nutrition and feeding programs for toddlers and children; small business programs (pig and chicken farms) for grandmothers and women; and its rescue centre programs for abandoned girls. Another highlight is its ‘Maasai for a Day’ experience, which allows visitors to meet Peris, a tribeswoman who was forced into a physically abusive marriage at age thirteen and later shunned by her family when she became HIV-positive.

“I went on with life but nobody was talking to me or wanted to mix with my children at all,” she says. “I was tired of that life so I left home with my children, not knowing where I was going.”

Peris found herself in Ngong, a town southwest of Nairobi. It was here that she met a fellow Maasai woman named Elizabeth, who offered to help with her children. Elizabeth also introduced her to a training centre for women with HIV/AIDS run by One Horizon.

“I was welcomed by the other ladies,” she recalls. “Hearing their stories made me feel at home and that there was hope.”

Peris got four years of accommodation and food from One Horizon and took part in a training program. While her children were put into school, she learned how to sew and make candles but focused on jewellery-making, an area in which she excelled.

“It’s holistic training that works on body and mind,” explains Murray. “We teach them things about health as well as vocational training. We try to turn their thinking around so that they can be proud of themselves. We make them see that they’re not victims and that they have a place in society.”

Little by little, Peris used the money she saved from the jewellery sales (which also fund the program) to purchase her own land. It is secured with a title deed so that she can’t be thrown off.

“There’s still prejudice about being HIV-positive,” admits Murray. “But times have changed with education about HIV/AIDS. And she’s been more accepted into the community because she’s come back as a success. It’s an enormous journey.”

And yet the journey is just getting started. Despite the challenge of low rainfall, Peris cultivates a garden that she tends to for a few hours each morning. She’s also continued to save money and is eager to have her home connected to electricity so that she can use the fridge, microwave, and sewing machine she bought.

“I’m grateful to One Horizon for the change,” she says. “I’m happy now and life is good. Nobody is bothering me. I’m telling people to stop spreading the stigma. I’m reaching out to other women and telling them that suffering from HIV/AIDS is not the end of the world. You can live a normal and healthy life just like any other woman.”

Despite inspiring stories like this, One Horizon has had to break new ground and educate the tourism sector on the concept of how tourists can be used as change makers. But it hasn’t been easy. The travel industry lags behind community sentiment, as is evident given that most travellers that come to One Horizon say it is exactly what they have been looking for but could not find until now. Many tour operators still see One Horizon as offering free volunteering experiences (which it doesn’t) because they are caught in what Murray calls “a time warp with a 1950s mentality”.

“Travellers expect thorough briefings in this type of tour,” he says. “It’s not a tour bus experience and as such the guides need to be informed and able to explain all aspects of the experience that people will have. It’s an emotional journey for many and is reaching people in a way that one would not have dreamed about years ago. It’s all about visiting and connecting in a real and meaningful way. And for One Horizon, it is preparing travellers for that experience which is challenging.”

Murray sees a great overall opportunity to harness what for many is a first time experience and turn it into a longer-term association. In that regard, One Horizon is experiencing repeat business that, on its forward bookings, represents about a 60% growth rate. Leveraging and sustaining that will require a greater degree of engagement with travellers after their initial tour. It’s a great problem to have but still a tough one when you realise that for One Horizon the breadth and depth of its programs are based on its diaspora of travellers who keep coming back and demanding more.

“Genuine and authentic experiences are starting to be demanded by travellers,” Murray says. “One Horizon continues with an active social media campaign aimed at travel agents and an active education campaign. But it’s a tough marketplace. Travel agents often struggle with what we think is an easy concept to understand. But One Horizon has some amazing and supportive travel agents that have reaped the benefit of the association with us, and our communities with them. The opportunity for us and our communities is that there is growing pressure on travel agents to provide the kind of experiences that groups like One Horizon offer.”

Eugene has written about travel, leisure, food, drinks, marketing, media, television, film, music, theatre, art, books, business, personal development, and more for over 80 different websites, newspapers, and magazines across the globe. One of his top travel features won an annual Excellence in Journalism Award for 2017. As a copywriter and journalist, he’s profiled well over a hundred inspiring individuals so far: from Grammy-winning musicians and multinational CEOs to celebrated fashion designers and the world’s best chefs. And as a marketing and creative consultant (named a top podcaster to listen to) he helps people and brands craft and share stories in the most impactful way, be it through words, images, video, or voice. 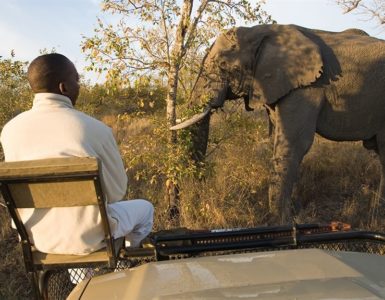 by Luke Daniel South African tour guides have been enrolled in a six-week programme which teaches Mandarin and Chinese customs in anticipation of an influx of big-spending tourists. Almost 100,000 travellers from... 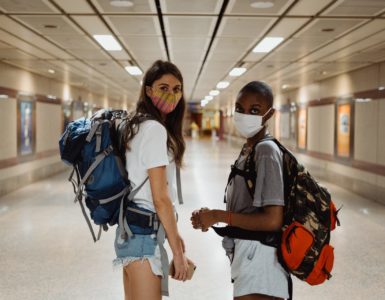 A new travel trend is emerging, and they are calling it “Revenge Travel”. This, a result of being locked up for months, unable to go much further than the local grocery store. Travellers are looking to escape... 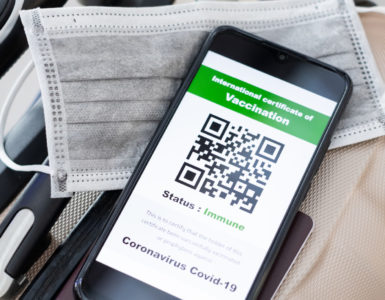 We are getting closer to enjoying traveling again. Despite the catastrophic aura that COVID issues, there is hope for both travellers and for the tourism sector thanks to the vaccination programs and the development of...