WEBINAR: What is the next frontier of eco-tourism in Africa?

What happens when ecotourism and technology collide? Green tech innovation has the potential to fundamentally revolutionise sustainable tourism in Africa.

We chat to leading industry players in the travel and tourism industry to know how tourism businesses can develop sustainable products and services beyond the installation of solar panels. We ask the hard question on how to make a real difference instead of trying to take travellers for a green ride.

Beks has become a leading voice in the tourism and conservation spheres, always advocating for tourism to be used as a vehicle to transform African communities and to conserve its wildlife.

African Bush Camps was founded in 2006 by Beks Ndlovu, a professional safari guide born and raised in the village of Lupane on the outskirts of Hwange National Park in Zimbabwe. From the start of operations, Ndlovu’s mission has been to operate a portfolio of luxury tented camps and lodges across Botswana, Zimbabwe, and Zambia that reincarnate the fantasy of ‘Old Untouched Africa,’ while treating guests to authentic and adventurous professional guide-led experiences and bespoke safaris that can only be found in the bush. Beks is also founder of the Conservation and Wildlife Fund, a non-profit organisation funded by the contributions of safari operators in Hwange National Park in Zimbabwe, which Beks founded in 2015.

Colin Bell made his own luck – instead of going into the world of finance after completing his economics degree at Wits University, he landed his first job as a safari guide in Botswana in 1977. In those days a cold beer came out of a wet long sock, tied to the side mirror of his Land Rover. That was as good as it got.

In 1983 Colin co-founded Wilderness Safaris and later on went on to co-found both Great Plains Conservation and Natural Selection Safaris in 2006 and 2013. In between Colin co-authored two books on wildlife, the environment and sustainable tourism - Africa’s Finest and The Last Elephants? Over the decades the companies that Colin founded have grown to manage camps and lodges across nine African countries, employing more than 4,000 people and successfully and sustainably managing millions of hectares of prime wildlife reserves throughout east, central and southern Africa. Many of these lodges gained their “bush cred” through partnerships with local communities: it was through those negotiations and relationships that Colin has learnt what has worked sustainably and what did not. All three of those companies are now regarded as being some of the most successful specialist safari and wildlife land management companies in Africa. One of Colin’s great career successes was to initiate and drive the process (and sign the first cheque) in 2001 that resulted in the reintroduction of both black and white rhino back into the wilds of the Okavango Delta.

Robert More is founder and CEO of the MORE Family Collection, which comprises a portfolio of boutique luxury lodges, hotels, and private residences. What gets Robert and his team up a little earlier in the morning is the purpose of creating opportunities for their people, and enriching life experiences for their guests.

The Collection was founded in April 2001 with the opening of its first Lodge in Lion Sands Private Game Reserve. Today the operation has expanded from the Cape to Victoria Falls and includes six lodges in two unique safari reserves, four private residences, and four hotels, and employs 624 people.

In 2020 MORE Family Collection formalised their sustainability journey introducing tracking methods across all the properties with sustainability champions on site.

Vincent Kouwenhoven was born and raised in the Netherlands.  In the early nineties, Vincent set foot in Africa for the first time, travelling for months from Nairobi to Cape Town, mostly staying in hostels and taking whatever transport was available. He completely lost his heart to this continent, finding reasons to return again and again to explore, meet people, and experience as many adventures as he could.

One day at the end of 2009, he came across the Kafue National Park in Zambia for the first time. The Kafue made such an impression on him that this one trip can safely be called the beginning of Green Safaris.

Vincent realized that parks like his beloved Kafue needed visitors to generate the funds needed to maintain and protect them. It was also vital to support existing communities in these areas, and to enable them to find alternative ways to generate money that didn’t involve poaching. For these reasons, he decided to step out of the business world that he knew and to start investing his time, finances, and energy not only into the Kafue, but into existing and new safari properties across Zambia, and eventually in Malawi as well.

Since then, Green Safaris has been a pioneer for sustainable tourism in Africa. Their most groundbreaking — but far from their only — step has been to become the first and only safari operator to offer Silent Safaris. Green Safaris has a fleet of eCruisers, an eBoat, and eBikes that enable guests to traverse almost unexplored spaces and view wild animals without disturbing the natural sounds of the wild or imposing fossil fuels on a pristine ecology, as the entire fleet runs on sunshine power. 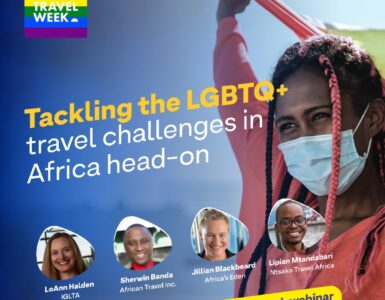 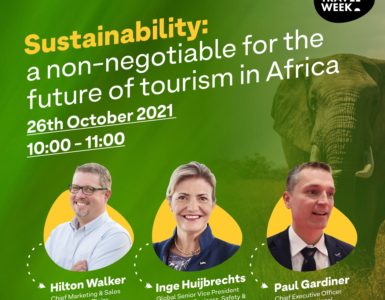 Sustainability: a non-negotiable for the future of tourism in Africa

In a world where sustainability is at the top of every traveller’s hotlist and on every company’s corporate agenda, Africa has a  unique opportunity to position itself as the sustainable destination of the future... 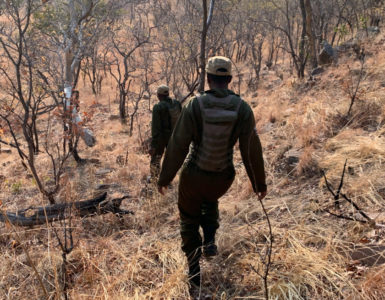 CATCH-UP: The Elephant in the Room Talk #1

How Many Elephants, has launched ‘The Elephant in The Room’ talk series to deliver accurate reporting from the front line of conservation and eco-tourism in Africa to the media. The first talk looks at how...