The LGBTQ+ traveller has a place in Africa … And it’s up to destination marketers and travel suppliers to tell others and promote inclusivity. But what are the challenges that are preventing this? Sherwin Banda of African Travel, Inc, Jillian Blackbeard of Africa’s Eden and Lipian Mtandabari of Ntsako Travel Africa weigh in and discuss how the travel and tourism industry can tackle these challenges head on.

Jillian’s passion lies in African tourism and conservation. In this capacity, she has managed the Tlhokomela Endangered Wildlife Trust for five years and supports projects that in general link tourism with conservation. Her professional background covers a marketing role at a southern African hotel chain, the role of director of marketing and product development in the Botswana Tourism Organisation and director of the African World Travel and Tourism Association. Jillian continues to lead the industry via an ambitious destination marketing campaign as current CEO of Africa’s Eden Tourism Association, the first private sector organisation representing Botswana, Namibia, Zambia and Zimbabwe. Jillian has been a regular speaker at international conferences, focusing on intra-African travel together with the opportunities and challenges for the sector in Africa at large.

Lipian is inspired by the need to promote equality through travel. He started Ntsako Travel Africa in 2018, an exclusive pan-African travel group with the goal of selling southern Africa as an emerging LGBTQ+ destination. His weighty interest in wildlife has earned him a place on the boards of several regional conservation organisations. His accolades include being runner up in the 2018 Outstanding Entrepreneurship category of the Africa Tourism Leadership Awards and being recognised by the British magazine Attitude as one of 10 trailblazers facilitating better environments for the LGBTQ community. In 2021, Lipian was recognised by Mail & Guardian as one of the 200 most influential youths in South Africa. In addition to his responsibilities at Ntsako Travel Africa, he is on the board of the US-based LGBT Meeting Professionals Association and leads LGBTQ+ Masterclass in Africa.

LoAnn is Vice PresidentCommunications of the International LGBTQ+ Travel Association (IGLTA), the global leader in advancing LGBTQ+ travel. The mission of IGLTA is to provide information and resources for LGBTQ+ travellers and to expand LGBTQ+ tourism globally by demonstrating its significant social and economic contribution. In her role, LoAnn speaks to global media outlets about LGBTQ+ tourism trends. She has participated in travel sessions for consumers and the trade on five continents. These events include EQUAL Africa, Barcelona LGBTI Tourism Summit, the New York Times Travel Show, GNetwork360 in Buenos Aires and the LGBT+ Travel Symposium Thailand. Prior to her position at IGLTA, LoAnn  spent 14 years working on LGBTQ+ publications, including two years as associate editor of Out Traveler. LoAnn and her wife commute between their home in Florida and their home in London.

Raised in the cosmopolitan city of Cape Town, Sherwin developed a passion for connecting with a diversity of people. He studied law at the University of the Western Capeand completed the General Manager’s Program at Cornell University. In 2011, Sherwin moved back from the US to accept the role of General Manager at the fivestar hotel, Table Bay, fuelling his love of all things ‘African’. Four years later, he returned to the US to join The Travel Corporation (TTC) as the President of African Travel, Inc. (ATI), a leader in authentic journeys tailored to the unique needs and travel styles of clients. Under Sherwin’s leadership, ATI received the #1 Luxury Safari Operator in Travel + Leisure’s 2019 ‘World’s Best Awards’ and in 2021, Sherwin was featured as one of 16 LGBTQ+ Visionaries in Luxury. This BIPOC and LGBTQ+ leader is inspired to offer inclusive hospitality to all ATI’s diverse guests. He lives in LA with his husband Craig and their son Noah. 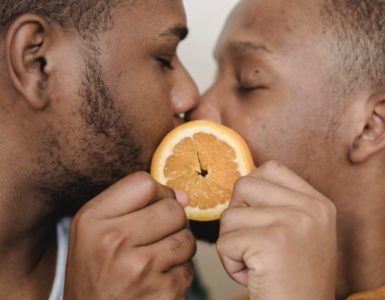 WEBINAR: Beyond Pride – learn the latest LGBTQ+ marketing trends for 2021

IGLTA recently released the results of their 2021 LGBTQ+ travel survey with responses from 6,000 LGBTQ+ travelers around the world. The results indicated that the LGBTQ+ community is incredibly resilient and will be... 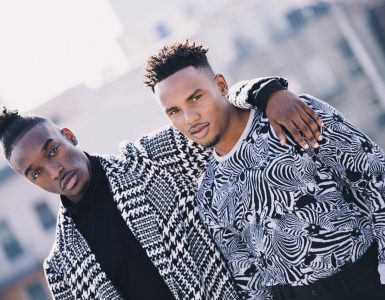 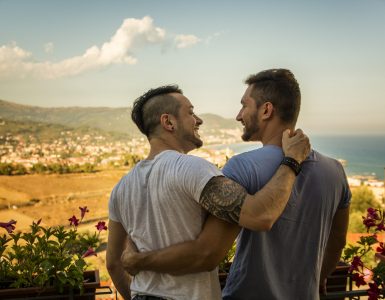 Community Marketing & Insights (CMI) has been conducting LGBTQ consumer research for destinations, hotel groups and travel suppliers for over 25 years. From a unique research-based perspective, our discussion...