What is regenerative tourism? And how should we deliver it?

Around five months ago, on the day ‘le confinement’ ended here in France, I moved into my new home. After 25 years in a first floor flat in London, I started living here in an former plant nursery in the foothills of the Montagne Noire.

Since then, I have not ventured far. But most days I have walked around my first ever garden, happily lost among the profusion of plants. Never have I felt luckier.

I am absolutely at the beginning of any understanding of how my garden works. I spent most of the first few months trying to find out the names of the trees. I wanted to define them and know something about them. I’d upload a photo to Plantnet and click through to the Wikipedia entry. My walks accumulated random facts about different species. The Toyon is the official native plant of Los Angeles. The White Poplar was sacred to Hercules.

But as the months have continued, that urge to define has receded. I now care less for what they are called, and more to watch how they live. Because after five months surrounded by living things, nothing is quite the same.

The plants have done what plants do. They have grown, flowered, sprung fruits and nuts. Gasped through the heat of August, and then miraculously reflowered with the rains of September. Right now the garden is noisy again, as the myrtle berries and fruits of the strawberry tree bring birdsong after the relative silence of summer. People told me that there was a second spring down here, and now I am immersed in it. All this is changing how I think, in ways I don’t really understand yet.

When I am not in my garden, I stare at it from my desk as I sit on the latest video call. Most of these are conversations about what comes next for tourism. And increasingly often the answer is that the next big thing has to be ‘Regenerative Tourism’.

What is regenerative tourism?

The New York Times had an article last month titled:  “Move Over, Sustainable Travel. Regenerative Travel Has Arrived”. According to that piece’s definition, regenerative travel/tourism is  “leaving a place better than you found it.”

According to the NYT, previous iterations of ‘doing tourism better’ were about doing less harm. According to the article, “sustainable tourism.. aims to counterbalance the social and environmental impacts associated with travel”.

Really? I find these definitions underwhelming. Any exponent of sustainability believes it is about making a better world. Green, Fair, Ethical… they are all about doing it better than the status quo. And the original definition of Responsible Tourism is ‘making better places…’

If regenerative tourism is just another new buzzword repackaging the same old thing, it will also be devalued and then replaced in time. Yes it is about making things better. But how?

I think we need to come at this differently. We need to stop asking: ‘What is Regenerative Tourism?’ and instead ask: ‘How can Tourism be Regenerative?’

How can Tourism be Regenerative?

If I go to the garden centre to buy a new tree for my garden, I can buy a little sapling that was responsibly produced. The people involved in all stages of getting it from seed to store will have been properly remunerated. I can ask if it is Fair Trade. Organic. Local.

All these questions I can ask as I choose which species to buy. They treat the tree as an individual product, and look to ensure it is well produced. But they don’t pay attention to the living system that the tree will be planted into. They don’t take into account how the plants, birds, insects, lizards and small mammals in the garden into which I plant it will be affected by it being added to their complex, interwoven society.

But these are the sort of questions I need to explore if I am to ensure my tree flourishes, and my garden with it. How will this tree grow? How will its growth impact those other plants growing around it? Is the soil well suited to the tree it will become, and will its growth extract too many nutrients so that other plants, currently thriving, begin to struggle? Will the shade it casts when it reaches a certain size make for a good place to escape the ever-increasing summer warmth? Or will it stop the anemones from gaining enough light?

Every minute of every year my garden is regenerating. The different parts of the system are coming into balance. They are feeding each other. The moles that create little hills everywhere are only here because there are enough earthworms for them to chomp on. And the earthworms mean the soil is rich. And those little mole hills – I have learned to stop seeing them as an eyesore, and instead as a gift from the moles of great potting soil, saving me work digging, and allowing the cycles of regeneration to continue.

Anna Pollock, the founder of Conscious Travel and advisor to Flanders and New Zealand on regenerative travel, has probably thought more than anyone else about how to understand and deliver regenerative tourism. She says it helps to see it not as a noun, but as a verb.

Regeneration is the constant coming into being that is life. The endless cycling of renewal that is nature. The essence of regenerative is that it is regenerating.

How should we deliver regenerative tourism?

When I arrived in my garden I asked my neighbour, who happens to be a permaculture expert, what she advised me to do. Nothing, she said. Do nothing. Watch what the garden wants to do. Follow its desire.

I have two Szechuan pepper trees. Why did one drop its seeds in late September, while the other is still not ready to harvest? Is it ill? Is it the soil? The shade? The wind? The answer will not be found in a Wikipedia definition. It is unique to this place. It can only be known by being here. By taking time with those that have been here longer, following them and learning from them.  Next year maybe I will learn. And when I come to choose where to plant another tree, I will consider the Szechuans.

Our industry has been forced to stop. To do nothing. But though travelling has stopped, living has not, and society is emerging in new ways. Peruvian hoteliers are retraining as teachers. Balinese guides are learning to harvest seaweed.

City bike lanes have appeared overnight, and car free streets transformed into everything from playgrounds to dance floors. Observing these phenomena in New York, the former transportation commissioner for the city Janette Sadik-Khan turned to nature for her metaphor, as she wrote: “A street grows in Brooklyn and, with it, a chance to build communities that support everyone.”

These are the seeds and saplings of the world that we all yearn to visit again. Imagine how it might flourish if we nurture it and give it the space it needs to breathe. How much more resilient and varied could the places be when we see them next. And how even more beautiful they might be when our children get to visit them. How much richer all our experiences would continually become if every cycle enriched the system more.

What these last few months have shown us is how unbalanced things had become. How we had constructed a system that was too reliant on tourism. When you took tourism away, too much collapsed. When we return – to a world of Balinese seaweed fishermen and Peruvian teachers – how can we best fit in?

Regenerative tourism is tourism playing its part harmoniously in all these processes, systems, and manifestations of life bursting through. It is tourism acting as a living system. Tourism patterned on life.

How then, should we define it? If you ask Wikipedia to define ‘life’, the answer comes back: “There is currently no consensus regarding the definition of life”.

Maybe we should stop trying to pin down what regenerative tourism is. And instead explore how we might set it free. 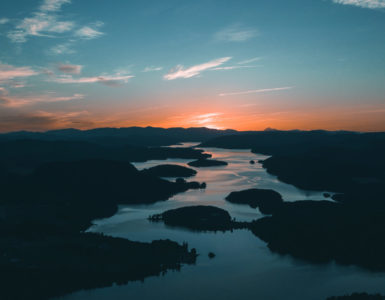 Will we make tourism better? An interview with Taleb Rifai

COVID-19 has been a catalyst for change, accelerating developments in the digital economy and in communications. Harold Goodwin spoke to Taleb Rifai, former Secretary-General at the UNWTO who drew attention to the... 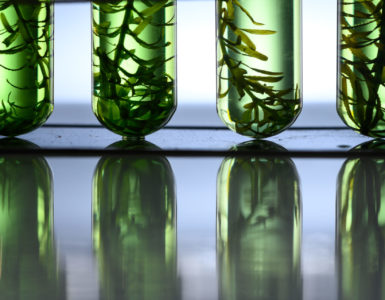 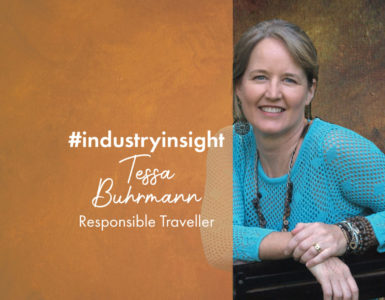 Make tourism more inclusive and beneficial to all

A passion for conservation, communities and travel led Tessa Buhrmann to launch Responsible Traveller magazine in 2008 to promote responsible tourism and to inspire travellers to ‘be the difference’ when they travel...