FacebookTwitterLinkedInWhatsApp
Travel With Me

Walk a mile in her shoes

My name is Simone Bishop and I am the owner of Alpha Embassy Travel, a top level in bound tour operator launched in Johannesburg 26 years ago. We, like everyone in our sector have been hit massively and will take a long and hard road to get back to where we were at the beginning of the year. I have wanted to remain proactive and creative and find a way to continue communications with my large international client base, but in a COVID-19 appropriate fashion. Clearly that is not doing the normal destination marketing we are used to.

While my income has been abruptly halted I also wanted to find a way to constructively help those communities who I know have been devastatingly affected by losing the resources they so rely on – the support of the tourism trade.

And, that is where Warrior500 was born

A 500km grueling on foot trek through the affected areas of the Greater Kruger region. The trek saw the team climb the scenic panorama route including God’s Window.

We also walked through Big Five country through some of the most iconic private game reserves in the Sabi Sands. We were able to include the Kruger National Park for both the start and the end of the Big Five part of the challenge.

We were a two man team, Grant Christie, a Conservationist and Explorer and myself.

When you fall, get up and carry on

As with any expedition there are always challenges – and Warrior500 was not without some substantial ones. We lost our social media team member on day one as she had to return to Johannesburg to attend to personal matter.

Needless to say, that put a significant strain on all matters relating to media and of course had a significant impact on our ability to fund raise. However, without a doubt, the biggest challenge of all came on day three with the news that we had recently been in touch with someone who had tested positive for COVID-19.

This was a devastating blow to the initiative we had all worked so hard to make possible. We realized there was only one thing to do and that was to stick to the guidelines and protocols outlined by the government, and we had to go into isolation for 14 days.

Fourteen long and very frustrating days – fortunately however, on a private game reserve where a little cottage was made available to us. We managed to get a few kilometres in but not as many as we would have liked given that we were in a reserve that is home to among others, lion, leopard and rhino!

With isolation completed on Friday 17 July, we managed to pick up where we would have been on that date, Simbambili in the Sabi Sands. We were “out” just in time for the celebration of Nelson Mandela Day the following day.

Having been appointed an official Nelson Mandela Month initiative, we were thrilled to have two of our Ambassadors Bryan Habana and Saray Khumalo flown up from Johannesburg by the massively generous collaboration of Absolute Aviation, in time for our joint involvement on that very special day.

By 25 July, two days after what would have been our original end date, I had to return to Johannesburg to deal with prior commitments.

However, our third Ambassador, Sibusiso Vilane, took over the baton from me and he, together with Grant continued on to the Panorama Route to complete what we had been unable to do during the self imposed isolation. Sibusiso, the first black African man to every complete the seven summits was originally scheduled to join us for two days and ended up doing ten days on foot.

Our fourth Ambassador, the energetic and inspiring Warrior Ric, joined us for two days in an earlier part of the challenge which included a night at a crèche in the rural community of Huntington.

This was one of the numerous opportunities we had to interact with the communities that have been so devastatingly affected by the closure of the tourism sector, to see first hand what the impact of COVID-19 has been to their livlihoods. We met with the old and the frail, children, teachers, local tribal representatives and general community members and came away with a very raw realization of their plight.

Warrior500 makes a challenge to all women in travel

The funds we raise are to be distributed evenly to the current projects managed by the lodges and properties in the Greater Kruger area, which have been severely cut back or even put on hold due to lack of funding.

Donations are desperately needed and can be made very easily on our website www.warrior500.com . The funding is linked to Laureus who will be paying the beneficiaries directly and as such can supply Section 18(A) certificates for tax deduction purposes.

Warrior500 has also joined the #IAMTOURISM initiative and during August, has challenged all the woman in tourism to raise a meaningful amount of donations by linking #IAMTOURISM to their donation via our website.

This way when the funds are distributed to the communities, we will be able to let them know of the significant portion that comes directly from Women in Travel in support of our sisters in the communities. 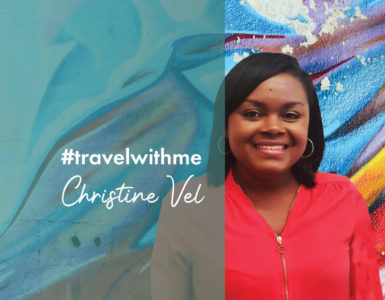 Christine Vel comes from Mont Buxton, Mahé in the Seychelles. She is the Director for Seychelles Tourism Board in South Africa and never misses a moment to show how accessible and affordable the Seychelles really is. ...